For the 26th International G&S Festival's UniFest LOpSoc presented a fresh reimagining of Patience, which opened at 2:30pm on 16th August in the Harrogate Theatre!
This unique production brought this 'coming-of-age' story into the early 2000s. Patience, a no-nonsense barista, found herself swept up in the tide of hipster culture as her cafe becomes the scene of a chaotic battle for attention as a Uni rugby team returns home from a tour to find that their girlfriends have fallen in love with a local poet and his hipster aesthetic. 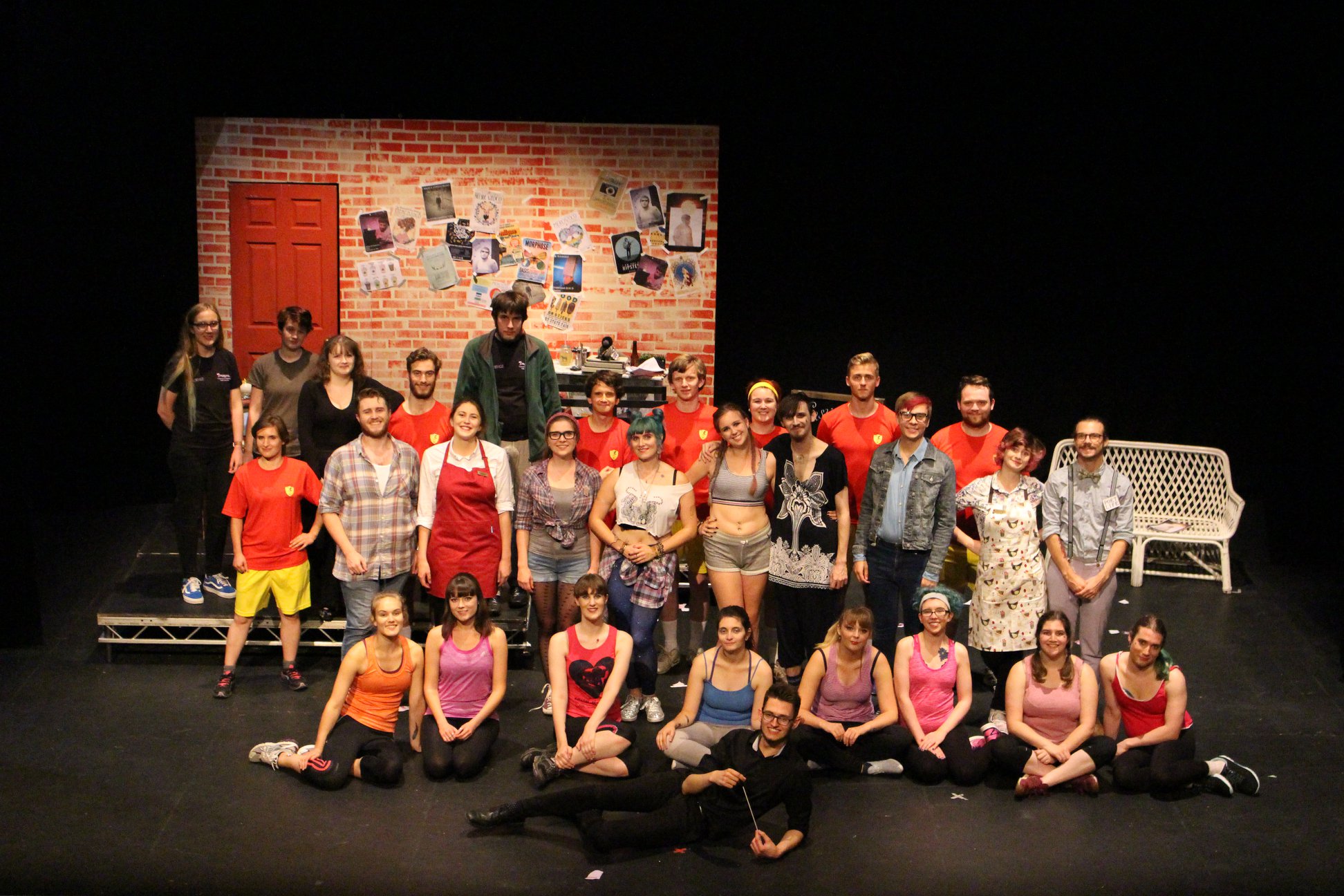 LOpSoc took on tour our very unique, origami-inspired version of , which was performed in the Harrogate Savoy Theatre on August 10th at 2:30pm. This production won the Best Show award in the UniFest, as well as the Best Musical Director and Best Director awards. LOpSoc was nominated for the Best Chorus awards, and some of our principal cast were also nominated for individual awards: Joseph Hand - Best Male Performer, Phil Needle - Best Male Voice, Ben Walker and Barnaby Wilson - Best Male Actor. Faithful to the original libretto and with a new aesthetic twist, a production to please G&S fans and newcomers alike.

"I think I can say with honesty that this Mikado is the best show I have seen during the entire life of the UniFest. Everyone involved with it deserves enormous congratulation and credit. (...) Kudos to a really excellent chorus, who put to shame some of those in the main house; and to a team of principals whose ensemble work was precise and superbly blended."
, G&S UniFest Ajudicator.

LOpSoc went on tour with our production of "The Gondoliers", performing on the 17th of August at the Harrogate Savoy Theatre for a sold-out audience. 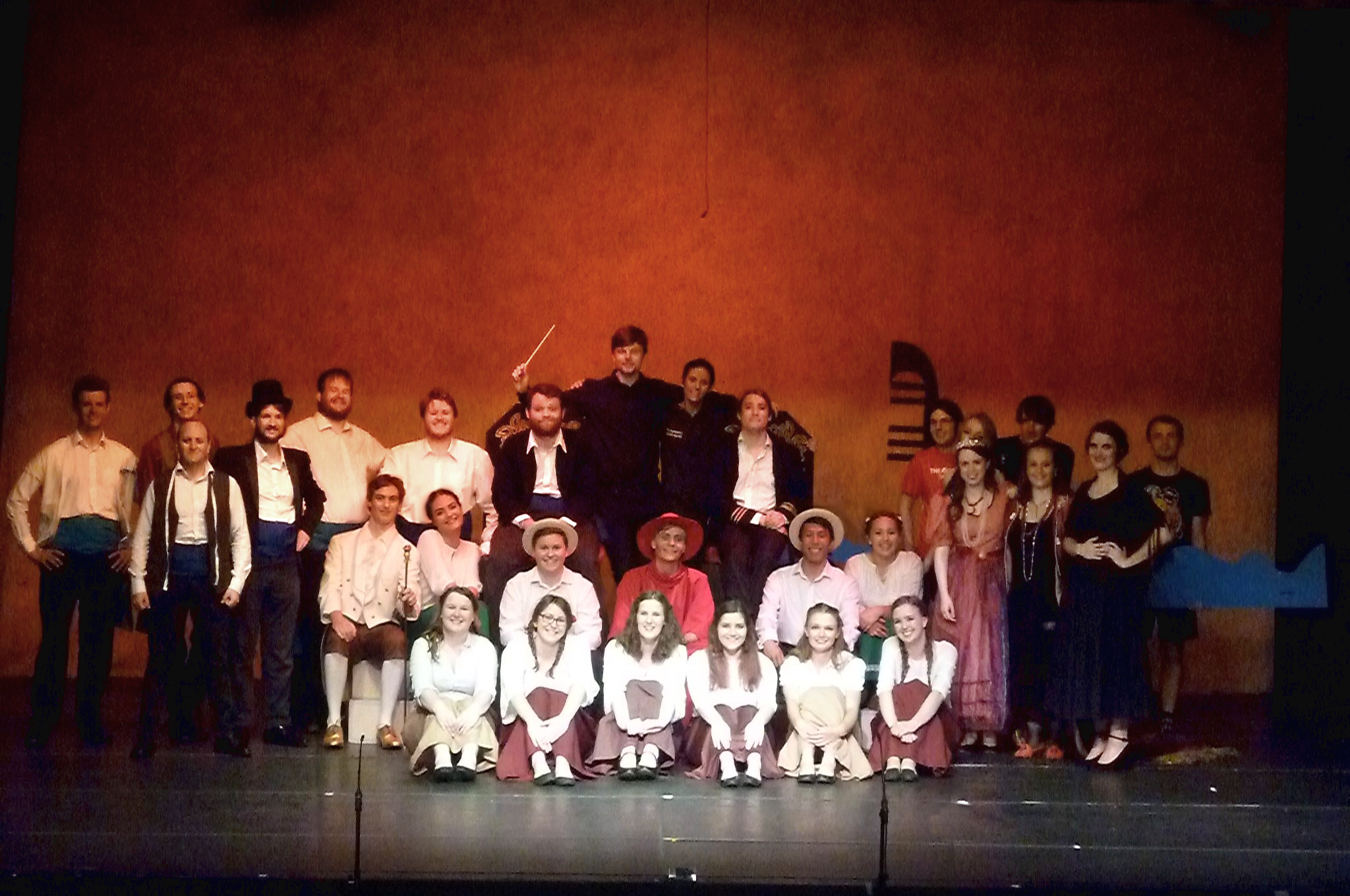 LOpSoc took our very own modernised and gender-swapped production of Iolanthe to the festival this year.

We are very happy to have received the awards for Best Director (Emma Joy & Abby Pardoe), Best Character Actress (Jenny Samuel) and Best Costumes (Tab Kimpton & Charlie Rowen). LOpSoc was also nominated for the Best Chorus award, which makes us very proud of all the talented people which are part of our unauditioned chorus! 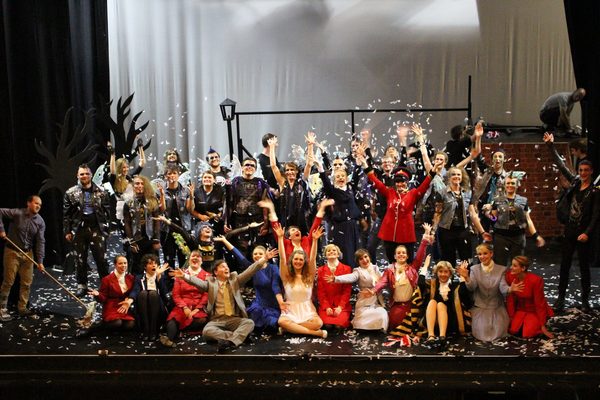 LOpSoc presented The Pirates of Penzance in the 2014 International Gilbert & Sulivan Festival.
We are proud to announce that our production won the UniFest this year!