For the UniFest competition, LOpSoc brought our summer production of a on the 16th of August! After the success of our 80s adaptation of that we presented the year before, we decided to present another (almost) modernised production.

The rowdy courtroom from Trial By Jury was reimagined as a 90s reality TV courtroom drama, The Judge Goode Show, filmed in front of a live studio audience. The Learned Judge became an acerbic reality TV star, and The Usher a highly strung executive producer just wanting to get a days filming done. The Jurors were selected out of the audience as the theme song plays.

The Zoo took place in the aftermath of the events of Trial. By shear coincidence, everyone on the TV set that fateful night decided to spend a relaxing afternoon at the zoo on the same day. The tranquillity doesn't last long, though. Carboy, a young pharmacist, was seen rushing onto the stage, overcome with grief. He feared for the life of his girlfriend Lætitia and intended to flee the nation in sorrow. Can the good will of the British public calm him down and will the arrival of Lætitia's ill-tempered father scupper their best made plans?

Trial By Jury was Gilbert and Sullivan's first show written in their fledgling partnership and is well loved the world over. The Zoo is a lesser known show with music by Sullivan and a libretto written by Bolton Rowe. The Zoo premièred just 10 weeks after Trial, which made our production a fascinating look into the early days of Sullivan's rise to light opera stardom! 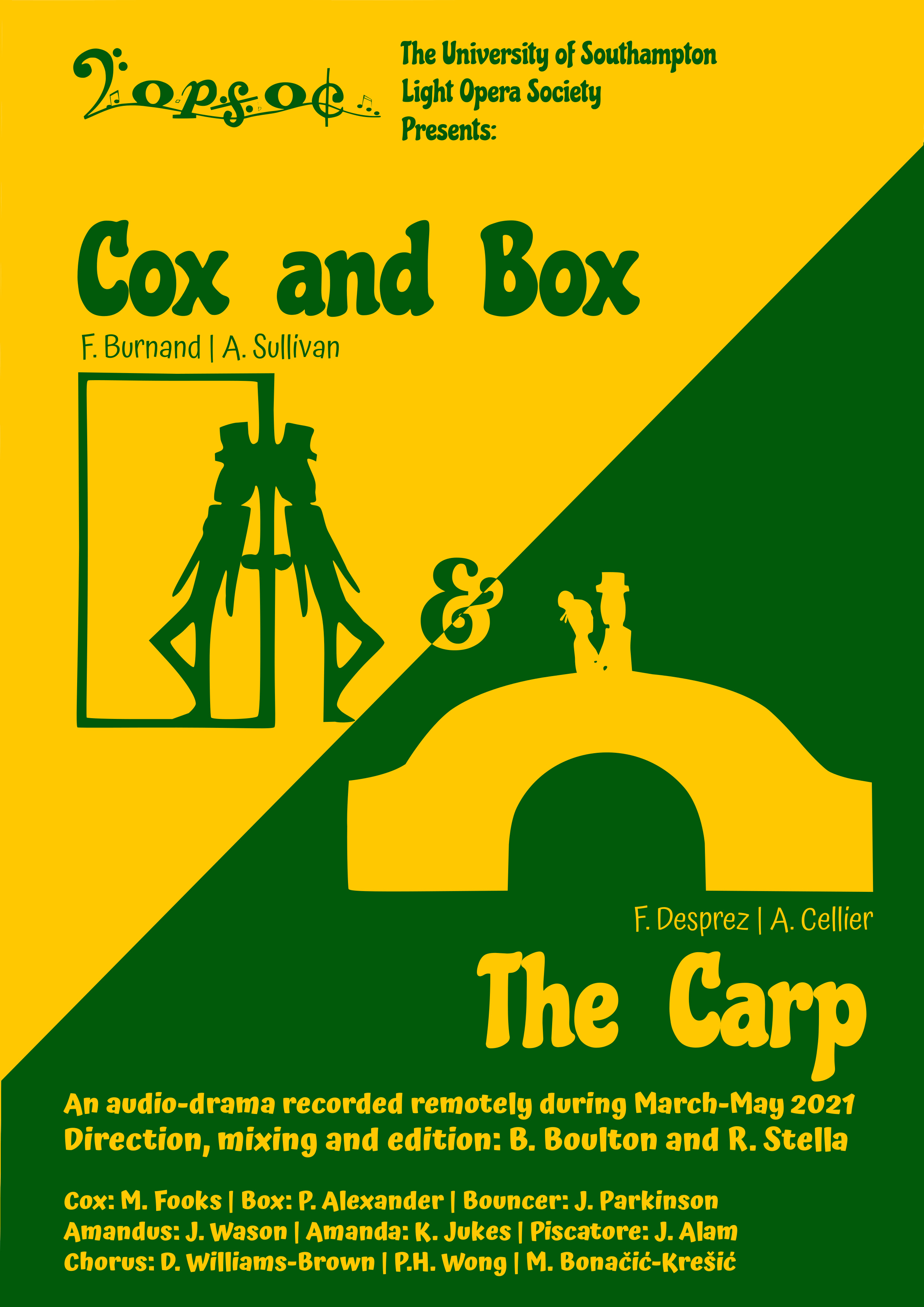